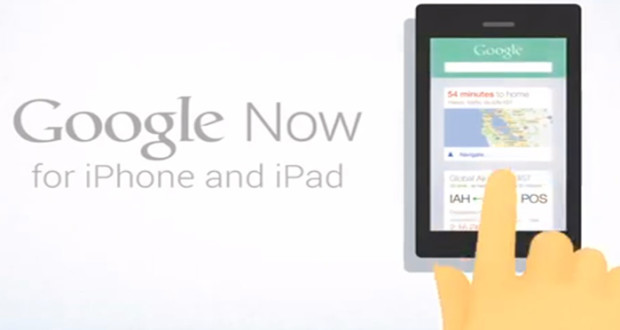 Like all things Apple, when it launched Siri as a feature in iPhone 4S, the smartphone instantly became talk of the town. Users were ecstatic that they can have a personal assistant which instead of typing, can be controlled by their voice. Not only they could set reminders, listen to messages, search for answers, etc. using Siri, they can also talk to it. It also baffled Google as people will start searching for their queries through Siri, instead of Google. And, Apple can direct this mobile search traffic to any other service other than Google, seriously affecting Google’s fortunes. So, Google launched Google Now for Android JellyBean (version 4.1 and 4.2) which can provide results to the users’ voice commands.

And, that’s where the similarity ends. While Apple took a fun approach to voice control with Siri, Google Now have serious and different approach for providing results to the user’s commands in the form of cards. Also, in user testing, numerous problems with Siri were experienced ranging from its inability to understand users’ accent to giving wrong results. Google being a search giant provided accurate results for queries, directions, etc. and it also had no problems in understanding accents other than US. Based on its huge popularity, Google launched Google Now feature for iOS as an update to the Search app. But, being an app will it be able to match native features provided by Siri? Let’s find out-

To use Google Now in iOS (both iPhone and iPad), users can download/ update the Google Search app from iTunes Store. Opening the app, users can see familiar Google Search bar with options beneath to check Google Apps, use Google Goggles or activate voice commands. To view Google Now cards, swipe the screen from bottom.

The basic premise of Google Now is that it will provide the information when you actually need it. For example- Instead of showing flight detail card every day, you’ll be shown this card just a day before of your flight.

Being tightly integrated with Google’s various services, Google Now can provide cards with following information to the users:

What it can’t do?

When Apple removed Google Maps as a default mapping application from iOS 6, there was a lot of bad publicity about inefficiency of Apple Maps and people were waiting for Google Maps for iOS. And, when Google launched Google Maps app, it reached to the top downloaded app in iTunes store very soon because of its simplicity and efficiency. Same, seems to be the case with Google Now. It doesn’t attempt to do so many tasks together, but whatever tasks it does, it does them well. Coupled with its ability to understand to different accents at once, Google Now is a must-have app for users who want all the information at one place whenever they require it. In comparison, Siri does well for setting appointments, sending/ reading messages, i.e., doing tasks on the iOS, but when it comes to searching the internet, it fails badly.