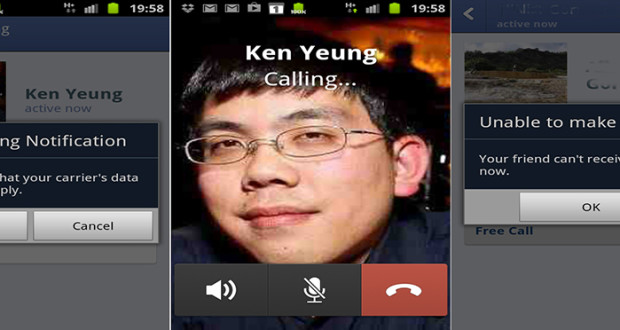 This app is automatic, and doesn’t really require a manual update. All you have to do to Make Free Voice Calls on Android, get hold of the current version of the Facebook Standalone messenger. The friends whom you want to call will also have to do the same thing. Moreover, you can also install the Home app on Facebook instead of this messenger. This messenger and the app will effectively facilitate your calls and eventually make them faster and easier.

Tap the “I” button to make your calls

Yes! As soon you’ve downloaded this messenger you can easily make your calls for free. All you have to do is tap the “i” button which is on the top right portion of the Facebook page. Tap the “i” button and select free call from the contact card of your friend in order to initiate a free call. Again, if you are a user of the new chat head app on Facebook, you simply have to tap the three dots which are present next to the person’s name in order to move your conversation to the new app for messenger before making your call. This free calling system of Facebook is highly effective and it is also beneficial for a large number of people.

The new feature of free-calling is highly beneficial

Prior to this new app for Android, Facebook only had features to make free calls from the iPhone. However, with the advent of this new app, a large number of individuals have effectively benefitted from it. This new series of features aims to satisfy the Android users to the fullest. Moreover, the new home-screen that has been designed for Android coupled with the recent chat client called the Chat head effectively allow you to carry on your Facebook conversation even during a free call. It also enables you to keep your chat overlaid on the top of the page as and when required. Hence install this messenger and follow the mentioned methods in order to enjoy free calls from Facebook with your Android Phone.

Hope our article Make Free Voice Calls on Android with Facebook Over Wi-Fi will be helpful for our readers.