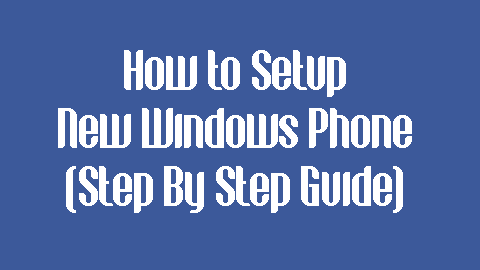 How to Setup New Windows Phone (Step By Step Guide)

There are emerging numbers of Windows phone users at present around the globe. Windows phones achieved huge success as soon as they got released in the market. Now after buying a phone, one must know to Setup New Windows Phone to get started with. Here are the steps given to do so.

How to Setup New Windows Phone (Step By Step Guide)

Steps to be followed:

Creating Microsoft account is very important to get start with a Windows phone. It is needed every time the phone is accessed with the Xbox Live store. To Setup New Windows Phone, all the steps mentioned above must followed properly. Windows phone has made the interface very friendly so that people do not find it difficult.