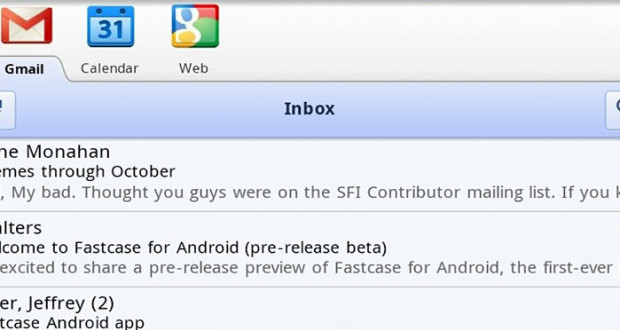 How to Configure Multiple Emails in Android Mobile

The Gmail app by Google is one of the most powerful apps on Android. It provides awesome services. Many people think that managing more than one email account is impossible from Android. But that is not the case. Now it is possible to Configure Multiple Emails in Android Mobile with the help of the Gmail app on Android. First and foremost, the Gmail app has to be installed on the Android phone. This app is available for free of cost at Google Play Store. After installing, the email account has to set up for the first time. On the desktop, the option button has to be pressed.

How to Configure Multiple Emails in Android Mobile

Then from the popup menu, the ‘Accounts’ option is to be selected. This option will show the list of all the email accounts with which the android phone is signed in. There is an option called ‘Add Account’ on the next screen. On selecting that option, it will show the email accounts that are synced with that android phone. These accounts have to be synced manually. If the phone is programmed as default sync system, then it will not have to be done manually. Otherwise, the user has to go the settings option.

From there, he or she has to find the option called ‘Accounts and Sync’. The option will be somewhere in settings only. It has to be found out. The location may differ from phone to phone. After finding that option, it has to be selected. There will be an option called Email sync. In that option, all the email accounts related to the Android phone will be shown. The sync has to be switched on. This option will sync all the info related to the email accounts with the phone’s data. After syncing, again that Gmail app has to be opened. Then in that Add Account option, the desired accounts have to be added.

Over here, only Gmail accounts will work. This is an app from Google. So accounts other than Gmail will not work. For that, some other app has to be used. Now after adding some Gmail accounts, the app has to be refreshed. It will show all the mails in those accounts. The accounts can be switched manually. At a time it will show mails of one account only. But it will give notifications of all the mails of all accounts. So this app is superb for managing and Configure Multiple Emails in Android Mobile. The only limitation is that the accounts have to be from Gmail.