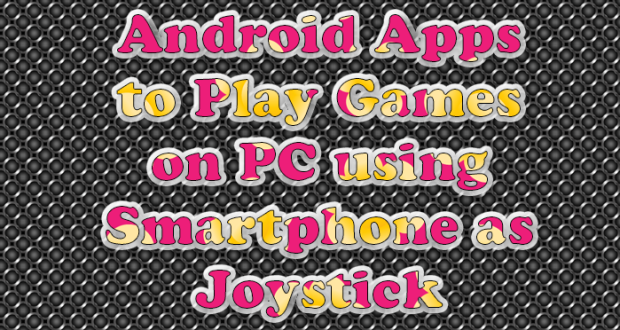 The world is full of gamers and game freaks. People used to play PC games more before. Now they are all shifting to games on smart phones. There are many wonderful games on android. These games are really very addictive. Many of those games have awesome graphics too. But people are getting bored playing on cell. People do not like to play on that small screen of cell phones. So there are ways now to play the gamers of android on PC. These games can be made more exciting with the help of joysticks. But now there is no need to buy joystick from the market. The smart phone itself can be utilized to play as a joystick with the help of few apps. Here the best Android Apps to Play Games on PC using Smartphone as Joystick

These apps are available at free of cost in Play Store:

These apps are absolutely free on the Google Play Store. These apps have been voted as the top five by the people. People have enjoyed playing games using these apps. They have started liking this new way of gaming. This technology was never tried before. But now it has achieved success which is reflected in the people’s appreciation.