Home / Apps / How to Install WhatsApp on Windows Computer 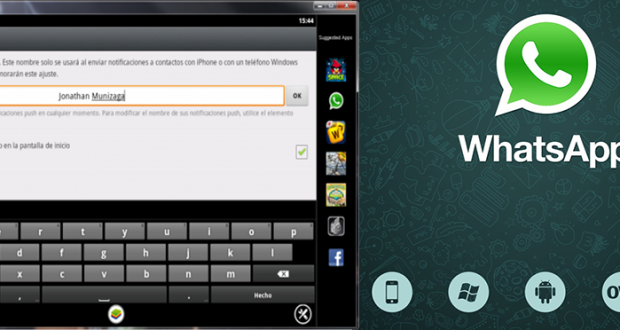 How to Install WhatsApp on Windows Computer

Whatsapp Messenger has evolved as one of the most popular messenger of the present era. It was initially launched for the android smart phone users. Also it worked on Nokia S40 and S60 series. Whatsapp was also available for Blackberry and Windows smart phones. There was a huge success after releasing this app. Let discuss about WhatsApp and How to Install WhatsApp on Windows Computer.

How to Install WhatsApp on Windows Computer

It took over all the other messengers including BBM. People can access this app very easily and it is very easy to use. People can also transfer media via this app. Whatsapp will send the messages within seconds at free of cost wherever a person be. Only the data connection of the service provider or Wi-Fi connection is required.

Blue Stacks has to be downloaded:

There are a huge percentage of Whatsapp users these days. The success was more than expected. But there are still some people who do not have smart phones. But they do wish to use Whatsapp Messenger. For them, there is software called the Blue Stacks. To Install WhatsApp on Windows Computer, Blue Stacks software has to be downloaded on the PC. First the home page of this software has to be opened. There will be option as ‘Download now’. Clicking on it will download the software for Windows users. For people using Mac, there is another option called ‘Download for Mac’. That has to be selected. It will take some time for the software to get installed on the PC.

The contacts have to be added manually: