Home / Apps / How to Play iOS Games on Computer 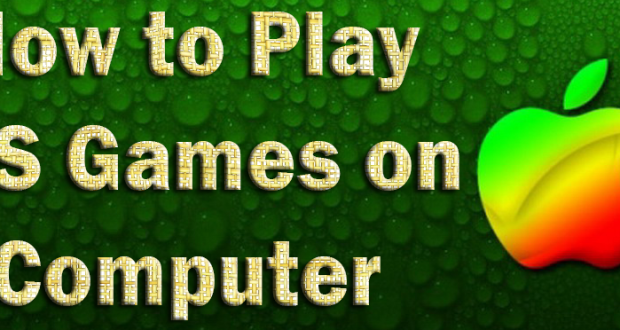 How to Play iOS Games on Computer

Apple’s iOS software is very popular across the world. Ranking second after Android, Apple has never let down any of its user or lost any of its dignity. Apple tries every possible way to provide us with innovative product and of course maintains its quality also. Here we are going to learn how to Play iOS Games on Computer.

How to Play iOS Games on Computer or Laptop

As we know iOS is a well known Operating System made by Apple. The one and only brand everyone ones to have and use no matter what. But everyone is not able to afford the device and enjoy the soothing interface of the phone. Some want to use the device’s software and games in spite of having the phone also.

People nowadays spent most of their time using their mobile phones. They are very much taken in by the innovative apps which the stores like that of Apple and Android provide. They always want to use them everywhere even in their PC which hardly supports it. But there is always a way.

A User Interface powered by Adobe Air looks exactly like the User Interface of iPad is known by the name iPadian. This is a software which runs application based on the Apple’s iOS operating system. The animations, theme and interface all that you see in your Apple device will be exactly as seen via this software. You need to surf through the net in order to search for the software availability and also learn the process of how to install it. After that you will be able to Play iOS Games on Computer.

The software in not exactly found in its original form for free, it is available in the compressed file zip format. The steps to install iPadian are:

Now your Laptop is set and is totally prepared for the task you want it to do. You can now access to any iOS available in the iPadian store and enjoy using iOS games in your own Laptop in a bigger screen.

Though there have been reports about the inability of this Software not being able to perform well there are no other software available in the market as popular as this one. If you really Play iOS Games on Computer you must go for it and enjoy.