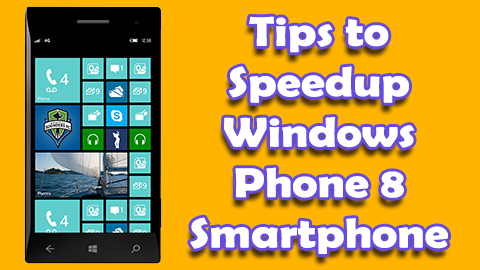 There are increasing numbers of Windows 8 phone users these days. People prefer Windows phone more now than android smart phones. But there is a common problem arising with the Windows phone. People are facing lag problems in the phone. Here are the ways to Speedup Windows Phone 8 Smartphone.

All the tips discussed above are tested and the results were positive. By following the above tips and tricks, one can Speedup Windows Phone 8 Smartphone. The RAM of the phone must be kept free to make the phone run smoothly. That is the main reason for making the phone slow down.