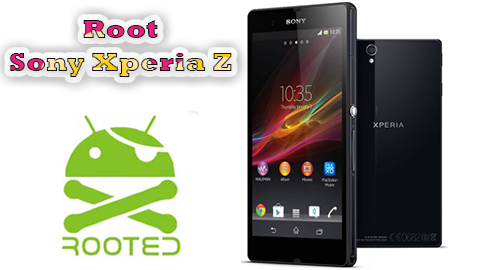 The Sony Xperia Z, the ultimate Smartphone which has got the best of Sony under a single device. But being an Android operating system, the manufacturers have locked many features in the phone such as changing a value of an address, changing the texture details, etc. For these features to be enabled, you need to Root Sony Xperia Z.

Warning- Rooting a phone will void its warranty. Also incorrect root package or sudden stop in the rooting operation can brick your phone and render it inoperable. So do it under your own risk. At first back up the contents of your Internal and External SD cards, your contacts and messages so that you may retain your data back, if the phone faces any mishap during the process. After that, you need to activate debugging in USB mode. For this, go to Settings, then Applications, then Development. From the dialogue box that appears, check “USB Debugging”.

Make sure that your phone has an adequate charge of above 60 percent as the root may take some time.

Do not connect the phone unless said to do so. Use the USB cable that you have got with the Smartphone. It is recommended not to use any other USB cable. Disable Windows Firewall and your antivirus temporarily as it may cause problem and hindrance when you execute a .bat executable file. Okay, to Root Sony Xperia Z phone, at first download the rooting package from a site for your Sony Xperia Z. Extract the contents of the file in a folder. Now after extracting, run the file “root .bat”. It is an executable file. Now connect your Xperia Z following the guidelines explained above.

A root tool screen will appear. There follow the instructions and gain root access to your Xperia Z. As soon as the root completes, disconnect the USB from the computer or your phone and reboot the phone. That’s it! Your Xperia Z is rooted and you can gain access to the functions that were locked by the phone manufacturer.

Root Sony Xperia Z phone, one can lose void warranty, you can still unroot your phone by downloading the package to “Unroot” your Sony Xperia Z. To unroot, follow the same procedure as above. Only this time run “Unroot.bat” executable file. Unrooting or a latest update of the phone software can bring back the warranty that has been lost due to rooting.