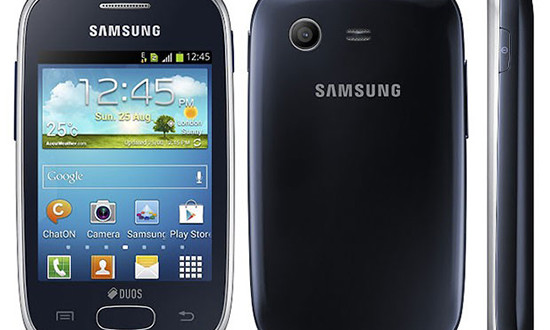 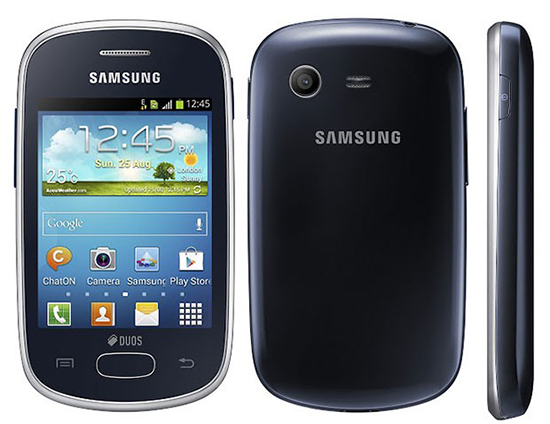 The smart phone also comes with a TFT capacitive touch display with a screen size of 3inches with 240 x 320 pixels with a density of 133 ppi. The sensor used in this phone is accelerometer and has the multitouch feature built-in.

The Samsung Galaxy Star Features a primary camera of 2MP which click picture at 1600 x 1200 pixels and also comes with a QVGA video recorder which shoots film at 15 fps (frames per second). The feature in terms of a secondary camera is disappointing as it has got no secondary camera options in it.

The Samsung Galaxy Star is a phone carrying an extraordinary OS – the Jellybean (Android v.4.1) and runs on a built-in storage capacity of 4GB and has an external memory slot expandable up to 32GB via microSD chip. The Samsung Galaxy Star is preloaded with a single core 1GHz processor also featured with a 512MB RAM. This is the most attractive part of the handset for which most customers tend to buy this smart phone.

It can be concluded saying that the Samsung Galaxy Star Specifications have a lot to promise. Samsung Galaxy Star Features provide satisfactory and an excellent performance is expected. The low-budget handset is surely to attract a lot of customers.